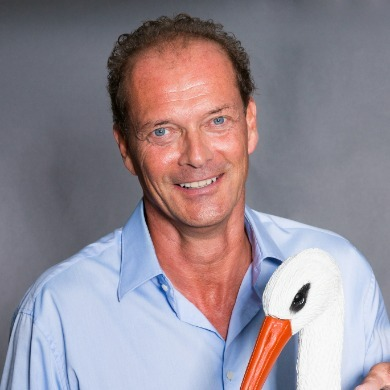 In Practice with Dr. Wibke Wilkening

In Practice with Dr. Gülden Halis

Dr. David Peet is a specialist in Gynecology and Obstetrics with a specialization in Gynecological Endocrinology and Reproductive Medicine. His focal points include hormonal imbalances, insemination, IVF/ ICSI, Diagnosis, and treatment of implantation failure. Dr. Peet is also the Head of the Berlin Sperm bank.

After completing his studies in human medicine at the Humboldt University of Berlin (Diploma thesis: Experimental work on superovulation in laboratory animals), Dr. Peet completed specialist training at the Berlin-Köpenick hospital. In 1985 he completed his doctoral thesis “Animal experiments Studies on in-vitro fertilization.” The results of which contributed significantly to the introduction of IVF at the Berlin University Clinic in the mid-1980s. After the specialist examination in 1993, Dr. Peet set up his own practice in 1994. In 1997 he founded the first private IVF practice in Berlin, Germany´s capital city. In 1998, he founded the Berlin Sperm Bank. Today it is one of the largest in the country. In 2000, Dr. Peet founded the Practice Clinic for Fertility and, re-named Praxis für Fertilität in 2010. Dr. Peet and his team of specialists focus on individualized, truly patient-oriented fertility treatment. While overall success rates are always among the highest in Germany.