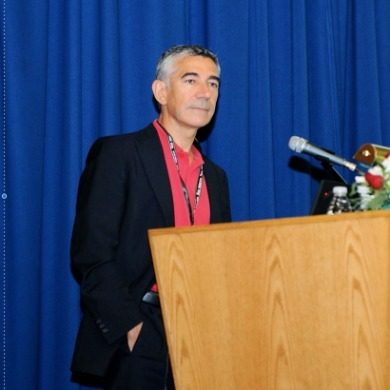 Dr. Vicente Soriano received his medical degree from the Autonomous University of Barcelona, Spain, where he subsequently conducted his 5-year specialty training in Internal Medicine. After completing a post-doctoral stage at the Food and Drug Administration (Bethesda, USA), he returned to Spain and joined the Department of Infectious Diseases at Hospital Carlos III in Madrid. In 1999 he became the assistant director. His expertise has been focused mainly on viral infections, specifically HIV and viral hepatitis.

Dr. Soriano is the editor-in-chief of AIDS Reviews, an international, peer-reviewed journal focused on HIV (impact factor 4.3). He has more than 1400 publications in peer-reviewed international journals and is ranked within the top ten worldwide scientists in terms of impact factor in publications in the field of HIV infection. Dr. Soriano has been the Chair of the International Hepatitis & HIV Coinfection Panel, he has assisted the National AIDS Program in Spain and is the editor of Manual del SIDA, a reference textbook of HIV/AIDS for Spanish-speaking countries.

Dr. Soriano has been a member of several WHO panels on HIV/AIDS and viral hepatitis. He has led and/or participated in several European Commission research projects. Finally, Dr. Soriano has been the co-director of the Master of AIDS & Hepatitis of the Complutense University for 14 years. He is an accredited Titular Professor by ANECA. He has assisted the Carlos III Health Institute for more than 10 years in the assessment and evaluation of research projects. He is currently the director of a clinic in Madrid.

European Association for the Study of Liver Diseases (EASL)

Spanish Association for the Study of the Liver (AEEH)