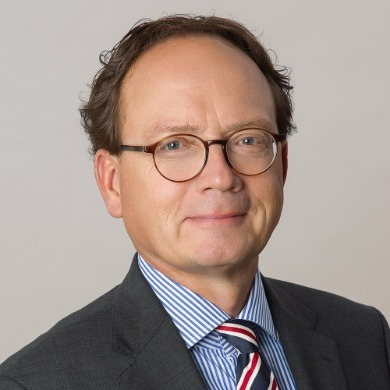 Division of Cardiology, University of Virginia School of Medicine

Prof. Dr. med. Uwe Nixdorff is a German internist, cardiologist and sports physician. He is the owner of the cardiology practice and founder and medical director of the European Prevention Center (EPC) in Düsseldorf. Prof. Dr. med. Nixdorff's focus is on preventive cardiovascular medicine, particularly on the early detection of atherosclerosis, i.e. stiffening, thickening, and calcification of the vascular wall with a specialism in comprehensive diagnostics (cross-sectional and functional diagnostics).

With the venia legendi (Licensed to teach) the teaching activity at the University Hospital Mainz took place as a private lecturer. From 1998 to 2004, Prof. Dr. med. Nixdorff worked as a senior physician at the Friedrich-Alexander University of Erlangen-Nuremberg. In 2003 he acquired an additional qualification in sports medicine. In 2005, Prof. Dr. med. Nixdorff founded the European Prevention Center (EPC GmbH) initially with a location in Munich, then Berlin, and temporarily in Duisburg, later also in Düsseldorf. From 2007 to 2010 he also ran a private cardiology practice in Duisburg, then in Düsseldorf to this day. After further clinical and experimental work, Prof. Dr. med. Nixdorff was appointed adjunct professor (APL) at Friedrich-Alexander University in Erlangen-Nuremberg in 2008. In addition to his teaching activities there, Prof. Dr. med. Nixdorff was also a visiting professor of the master's program "Master of Science in Preventive Medicine (M.Sc.)" at the Dresden International University (DIU) in the years of 2010-2016. From 2015 to 2016 he was also the scientific director.

German Society of Hypertension and Prevention

The Society for Prevention

Honour of an Outstanding Contribution in the Field of Cardiology: 2000 Outstanding Intellectuals of the 21th Century (International Biographical Centre Cambridge, England)

Who's Who in the World (The Marquis Who's Who Publication Board)

Who is Who in the Federal Republic of Germany. Biographic Encyclopaedia of leading men and women (Hübner´s Blaues Who is Who)

Young Investigator's Award of the International Council on Electrocardiology

60+ Original papers in journals with a scientific editorial board

10+ Case reports in journals with a scientific editorial board

60+ Review papers in journals with a scientific editorial board

10+ Review papers in journals without a scientific editorial board