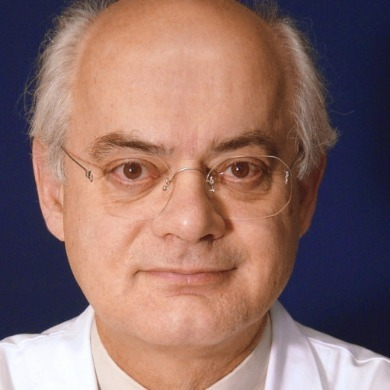 Dr. Louis Dubertret is a Professor Emeritus of Dermatology at Saint-Louis Hospital. He is a Founder and Honorary Director of the Skin Research Institute, University Paris 7 in France.

Dr. Dubertret is distinguished for his medical and clinical contributions, for which he won numerous awards, including Galien Award (1989) for his work on Psoralens, the Claude Bernard award (1989) for his research on Skin Organogenesis in vitro, ILDS award 2009, Rammal Award 2010, Pro Meritus EDF award 2011, EADV Clinical Award 2013.

Dr. Dubertret has more than 450 international publications and has authored several books. His research interests lie in the management of chronic skin diseases, skin cancer, and wound healing.

President of the Board of the European Dermatology Forum (2006)

Founding Member of the French Academy of Technologies

Past president of the Ethical Committee, French Academy of Technologies

Galien Award, for his work on Psoralens

Claude Bernard Award, for his research on Skin Organogenesis in vitro