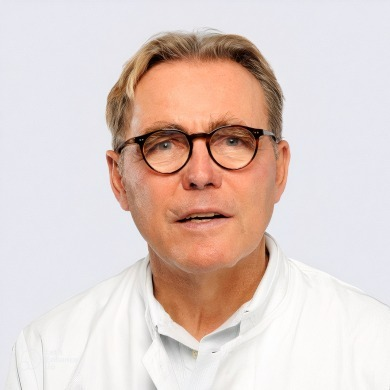 Head of Hormone and Fertility Center

Clinic and Polyclinic for Gynecology and Obstetrics, Ludwig Maximilian University of Munich

Clinic and Polyclinic for Gynecology and Obstetrics, Ludwig Maximilian University of Munich

Center for Reproduction and Transplantation Immunology, Methodist Hospital of Indiana, University of Indiana

Center for Gynecology and Obstetrics, Hospital of the Johann Wolfgang Goethe University

Dr. Thaler has worked in the field of pregnancy impairment and infertility treatment with IVF, blastocyst transfer, intracytoplasmic sperm injections, and nutrition correction for more than 35 years. His scientific and clinical interests include hormonal and immunological processes during pregnancy, mechanisms of embryonal nidation in the womb, and the effects of trace elements and vitamins on ovarian function.

First Vice President (since 2022), Member of the Executive Board, Delegate Reproductive Endocrinology: German Society for Gynecology and Obstetrics (DGGG)

Member of the Executive Board (since 2017), President (since 2019): Umbrella Organisation of Reproductive Biology and – Medicine (DVR)

Member of the Executive Board (2009-2012): Working Group Biotechnology