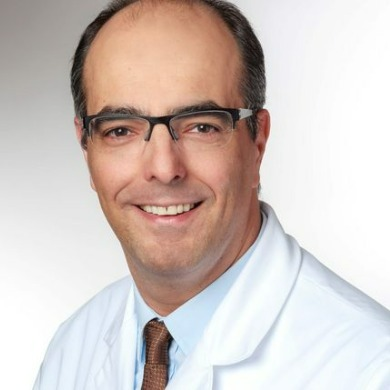 The Center For Blood Research and Department of Pathology, Harvard Medical School

Dr. Alexander Kiani studied human medicine at the Albert-Ludwigs-University in Freiburg im Breisgau. After completing his studies, he initially stayed at the University of Freiburg to complete his residency program and work as a research assistant. A three-year research stay took him to Harvard Medical School in Boston, USA. He then moved to the University Clinic in Dresden, where he worked as a senior physician. His scientific reputation in the field of oncology and hematology is based on a large number of publications in renowned specialist publications and lectures at national and international congresses. Dr. Kiani is a member of numerous professional societies and is involved in national and international committees.

At Klinikum Bayreuth GmbH Dr. Kiani played a leading role in setting up the recently certified oncology center, which he now heads. He is the second deputy director of the Comprehensive Cancer Center Erlangen-EMN (European metropolitan region of Nuremberg), a regional network against cancer in which the Bayreuth clinic, together with the University Hospital Erlangen and the Bamberg Social Foundation, forms one of twelve top German oncological centers. Dr. Kiani is also the medical director of the Upper Franconia Cancer Registry and, as a board member at the Upper Franconia Tumor Center, is committed to helping cancer patients in the region.